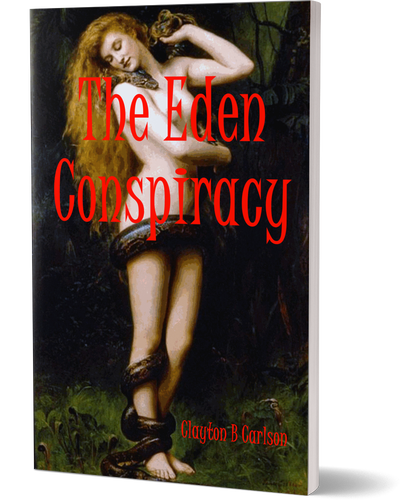 Having run out of hours in his work week, Adam, a grizzled old trucker, is determined to spend his two days off at home with his wife Lil, rather than by himself three hundred and fifty miles away. Risking a hefty fine, Adam heads for home after dropping off his load of produce. As most professional drivers know, good conversation can be the best way to pass the time and keep you alert. Hoping for pleasant conversation he picks up a hitch hiker, but soon realizes he will have to settle for the next best thing, a heated debate. The two of them spar off verbally on a wide range of Christian beliefs but ultimately end up on the one belief common to most religions of the world. Exposing the origins of this belief and how it has misdirected humans from the start, they explore further to find an, unorthodoxed yet God inspired salvation plan for all aspects of humanity.
In The Eden Conspiracy, author Clayton B Carlson takes a fresh approach to the mystery novel genre. Leaving the espionage and murder mystery behind, Clayton focuses his attention to the mystery of faith. On what foundations do Christians secure their faith? Do they use doctrines and traditions they have accepted as true? Or do they search Bible scriptures to find and prove where God may lead? This story peals layers of assumptions off of some basic Bible truths, revealing firm bedrock where your faith can stand strong.
The Eden Conspiracy may be of interest to believers from all faith backgrounds, as it explores a belief common to all religions of the world and one that has transcended all generations. Religions have long promised some sort of an afterlife awaiting people. Most religions teach that people have an immortal soul, or spirit, that is innate within them, a force they are born with and will live on after their earthly body dies. Spiritually minded people may be shocked when they discover where the Bible claims this belief originated. Shrouded in mystery, few have recognized the truth that is now laid bare in The Eden Conspiracy.

Buy This Book on Amazon

Books by Clayton B. Carlson 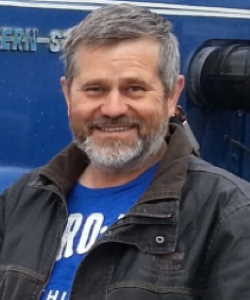 Clayton and his wife live in the Okanagan Valley of southern British Columbia, Canada. They have two adult children and enjoy getting out to explore the outdoors, camping and quading. Clayton started his working career as an owner-operator in the trucking industry. After an industrial accident he retrained as a heavy duty mechanic and driving instructor. He enjoys working with his hands. Being a tradesman provides a good living for his family, but his passion is to study the Bible as the Bereans did, proving what is true from the scriptures.

Clayton is a published freelance author within the Christian genre. He writes articles and bible studies for the www.Biblists.com web site, and has audio books and articles appearing on various podcast websites.

Books By Clayton B Carlson
Biblist Apologetics
“In The Beginning” Chronologically Speaking Bible Supports Richard Dawkins
My Baby Died. Where is My Baby?
Searching For Immortality
The Eden Conspiracy
Thy Kingdom Come, The Next Big Thing.

Schedule an Event With Clayton B Carlson